Obama's Executive Amnesty suffers another defeat in court. Lawsuit has helped restore the Rule of Law. This is a victory for the Constitution. 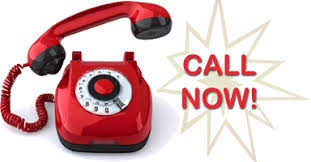 Senator Kevin Elitife is reportedly undecided on SB 19. Please call his office to let him know how important it is that he stand behind this bill.

Much attention is needed to Gilmer ISD's new bond proposal

Early Voting Begins Monday, April 27th. Please take a moment to vote. More information on our Local Elections can be found at: http://www.gilmermirror.com/

West: Americans are 'allowing tyranny to take its hold'

Former U.S. Rep. Allen West warned a gathering of more than 200 people at St. Theresa’s Catholic Church in Union Grove on Friday night that Americans are “allowing tyranny to take its hold” and that “liberty produces victors. Tyranny produces victims.”

West’s appearance, billed as “An Evening With (Lt.) Col. Allen West,” was a fundraiser sponsored by the conservative group East Texans for Liberty. Besides paying at least $15 admission to see the former decorated U.S. Army officer and onetime congressman, those attending could participate in a silent auction.

West served one term as a Congressman from Florida before moving to Texas to become president and chief executive officer of a Dallas conservative free-market think tank, the National Center For Policy Analysis. He told the gathering that tyranny is being allowed by government’s furnishing people with free cell phones and food stamps while telling them “you don’t have to work.”

He said those awaiting a government check have “lost out” and quoted the late British Prime Minister Margaret Thatcher as saying that “the inherent problem with socialism is that you eventually run out of other people’s money.

“Tyranny doesn’t believe in opportunity. Tyranny believes in dependency,” which is why so many Americans are on food stamps, West asserted. He told the audience this was “your Alamo moment” and that it should dare government to “come take it” (their earnings), or “you’ll be the first generation that does not pass on” liberty.

Saying the United States has an $18 trillion national debt and 93 million unemployed, West asked, “Is that what we want to pass on?”

In addition, government “is persecuting people for their religious beliefs,” the speaker said.

A baker in Oregon and a photographer both were fined and lost their businesses for not wanting to be part of something that violated their beliefs, he said. (West did not mention that those cases involved the businesses’ refusal to perform certain services involving same-sex weddings).

He cited the “First Amendment right of freedom of religion, not freedom from religion,” and said the founding fathers “prayed over this nation.

“There’s a reason why we sing God Bless America, not government bless America,” West said. “If we move away from being this Judeo-Christian nation to a secular state, then these blessings will be lost.”

The former lieutenant colonel also noted that the phrase “separation of church and state” is not in the Constitution, but was in a letter which Thomas Jefferson wrote to a religious convention. The idea was that a head of a religious group should not be a head of state as well, West said.

He additionally pointed out that the only “face” in the U.S. House of Representatives staring at the speaker of the House--and at the president when he addresses Congress--is a likeness of Moses.

West quoted Jefferson as saying there is a “a natural right theory” involving man’s creator. The former congressman said that if Americans cease believing that, and instead believe “that man is the granter of those rights, then man can also be the taker of those rights, which is the difference between liberty and tyranny.”

Discussing liberty in general, West declared “it inspires us to make a stand so you can pass on something to subsequent generations.”

He asserted that Abraham Lincoln had given the best definition of the word in 1864; Lincoln noted that some say liberty allows “each man to do as he pleases,” but others say it allows “for some men to do as they please” with the product of other men’s labor.

West said that “what built America (economically) is the indomitable” spirit of the individual, and that the nation achieves things through small business owners.

West also alluded to the Internal Revenue Service’s targeting of Tes Party groups, saying government should not “unleash its power” against people for petitioning for a redress of grievances.

“The government realized that we could not allow liberty to stand,” so the IRS oppresses people, he charged.

Noting that the Tea in Tea Party stands for “taxed enough already,” West said, “We have onerous taxation with very little appropriate representation.”

He also decried the estate tax, which he called a “death tax.” He said people are taxed when alive and “Dadgum, they get (you) when you’re dead, too.”

Before West’s address, Wilson explained East Texans for Liberty’s history and mission. She said she was invited about a year ago to a meeting of “like-minded conservatives,” who decided to form the organization, which is aimed at establishing conservative solutions in the community, state and nation.

“Government must be limited. We believe government must be fiscally responsible,” said Wilson, who said the group wants to “affect public policy” and get citizens involved in civic affairs.

Also attending were Upshur County Judge Dean Fowler and Longview Mayor Jay Dean, both of whom had to leave before West spoke, and Upshur County Pct. 3 Commissioner Frank Berka, an ET4L member.

Before West’s address, the Gilmer High School Air Force Junior ROTC’s U.S. Flag and Color Guard presented the flag. The speaker praised the students, noting he was in the Junior Army ROTC in high school in 1976 before retiring from the United States Army in 2004 after being stationed at Fort Hood in Texas.

ET4L Program Director Stacy McMahan introduced the master of ceremonies, former Upshur County Pct. 2 Commissioner Cole Hefner, who drew applause when he announced that the Texas House of Representatives had voted 96-35 that day to approve the licensed open carry of firearms.

Former Gregg County Republican Party Chairman Keith Rothra introduced West, terming the speaker “so conservative the Democrats hate him, and for that reason, I love him.”

Rothra also noted that Atlanta, Ga. native West (who was defeated for re-election in 2012 after one term in the House) served 22 years in the army and is now a Fox News contributor. West participated in Operation Desert Storm and Operation Iraqi Freedom, earning a Bronze Star and numerous medals, Rothra noted.

Upshur County Republican Party Chair, Cynthia Ridgeway advised ET4L's Program and Events Director, Stacy McMahan prior to the event of her inability to attend due to an illness in the family.  ET4L's prayers are with Mrs. Ridgeway and her family.

Thanks to our Sponsors

East Texans for Liberty had a fantastic kick off last night with their featured speaker Colonel Allen West.

Compared to most Tea Party functions, this one was flawless! The parking crew handled the overflow of vehicles with aplumb. The check-in table was well manned and greeted every attendee as they approached the building. At least two dozen of the ETx4Liberty team were wearing snappy monogramed ETx4L oxford shirts.

The lobby was perfect. Silent auction items were on display as the public entered the main auditorium and were escorted by more exquisitly uniformed members to their seats. Seating was extremely well organized with media, VIPs, family and special guests given extra attention. The sound system was flawless (it seemed Merle Hope was attending to that).

The drinks and pastries at the back were superb! You could taste the love of those who baked them! What an effort by such a great group! If their future is as impressive as their birth, the outlook for Liberty in Texas is as bright as that sun that Franklin described 270+ years ago.

is a seven segment playlist of the evening. The first three are introductions of the ETx4L members who made the evening happen, elected officials, Cole Hefner and Keith Rothra MCs. The remaining four are 10 minute segments of Colonel Allen West.

Enjoy the videos. If you're like me, you'll be collaborating with this group frequently in the near future.

This bill is scheduled for public hearing in the Criminal Jurisprudence Committee on Wednesday April 8, 2015 @ 10:30 a.m. Details here.

Anyone interested in voicing opinions on this bill may attend the public hearing scheduled in Austin.

The legalization of Marijuana for medical purposes only is a whole other debate. This bill is for complete legalization with no state regulations and if passed would be a huge impact on Texas and our local communities.

Statement from Governor Greg Abbott:
"I don’t think decriminalizing marijuana is going to happen this session,” Abbott said during a news conference. “I will see Texas continuing to lead the way of diverting away from activity that involves drug use and helping people lead more productive lives.”